One previously unrecognised problem occurs when the partners, although separated, covertly remain attached to the old alliance. Frequently a child, by becoming “ill”, remains as a bridge between them to prevent the final disintegration of the marriage bond. Three case histories are provided as an illustration of this phenomenon.

Even though the behaviour and problems of this family are unique, they highlight points, issues and characteristics that may be present in most families under stress.

Moshe Lang is a natural story-teller whose many years as a family therapist have provided the raw material for these delightful short stories. They cover marriage, parent/child relationships, and all the frustrations, wry pleasures and pressures of family life. Some are wise anecdotes that reflect universal truths, others show how family therapy works, sometimes despite the therapist. 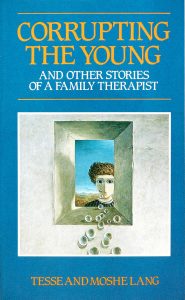 We aimed to begin opening up in public what we had been sharing in private. The Holocaust is a central event of our century, an evil that continues to cast a shadow over our lives, and our work as therapists.

A young couple, Ben and Susie, came to see me because they were having problems with their marriage. They had known each other for since they were teenagers and had gone out together for some years.

Moshe Lang, a leading family therapist in Australia and author of numerous books in the area of his professional expertise, has written the central article of this edition’s symposium. Detailing several case histories of Holocaust survivors and members of their families, it offers comment and reflection upon the long shadow cast by the trauma, as well as upon the resolutions he is often instrumental in affecting. Responses to his article by academics and mental health professionals from Australia and overseas comprise another section of the symposium, while two children of survivors also offer their thoughts and words in articles that add new chapters to a story many thought was already completed.

I asked Shirley to draw a picture, something I typically do with young clients, and she drew buildings and chimneys big, square, featureless buildings with lots of wide chimneys. She took special pains with the smoke issuing from the chimneys, furiously blackening in great, dark plumes.

Stories of family therapy with Holocaust Survivors and their families are presented. They came with symptoms or complaints that seemed unusual and at times bizarre. Although they had seen other members of the helping professions, the Holocaust had never been mentioned. Only when it was explored did their problems become comprehensible and meaningful, providing the context for alleviating or resolving their complaints.

Moshe Lang presents us with a book of nuance and flavour. Resilience is a collection of brief sketches and vignettes, each serving as a vehicle for pithy observations and cogent insights.

Six readers were asked to recall papers from earlier issues of this journal and to write briefly about what made these papers stand out in their minds. These readers have also been unable to resist the temptation to mention other papers which they would like to have had the time to discuss as well!

After Peter’s passing in 1999, a second edition of the book was published. The invited commentaries were taken out of this edition, while Moshe revisited and updated his original comments, in light of developments in family therapy practice in the interim two decades.

Moshe Lang, well-known Australian family therapist, psychologist and author discusses the powerful cultural influence of this Jewish heritage on his development as a therapist.

In this two DVD set, Moshe Lang demonstrates his approach in two therapy sessions: the first is with a couple dealing with the impact of an affair on their relationship, and the second is with a woman and her adult son who is moving back home. 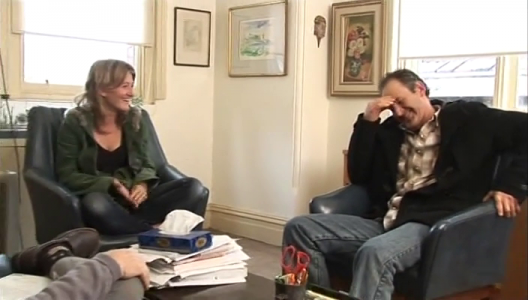